The Nepalese have a very popular saying – “In Nepal, we have more festivals than the number of days in a year”.

With the country abundantly rich in bio-diversity, cultures and traditions – there are plenty of festivals. However, there are a select few festivals that are major and celebrated nationally.

Following are the dates of the major festivals of Nepal –

It is celebrated by Buddhists all over the country at different times. Along with Sonam Lhosar, there are two other Lhosar in Nepal being Tamu Lhosar and Gyalbo Lhosar.

Sonam Lhosar is particularly celebrated by Tamang and Yolmo community whereas Tamu by Gurung Community and Gyalbo by Sherpa community.

How is Lhosar festival celebrated?

On this day, Buddhist people read prayers, decorate their houses and monasteries, offer special foods to their deities.

It is celebrated by feasting on delicious traditional cuisines, wearing traditional dresses by young and old people. Moreover people extend best wishes to each other, gather around, sing and dance to make it a memorable day for the rest of the year.

In Kathmandu, every year people from the Tamang community gather at Tudhikhel to mark the occasion of Sonam Lhosar.

What is Maha Shivaratri festival?

It is a national holiday in Nepal and celebrated in every Hindu temple in Nepal.

Pashupatinath is the main temple where Shivaratri is celebrated with great enthusiasm. Every year millions of Hindu devotees from Nepal, India and Bangladesh visit Pashupatinath to worship Lord Shiva.

How is Maha Shivaratri festival celebrated?

Maha Shivaratri is celebrated by praying at a nearby Hindu temple. More specifically praying to Lord Shiva. It is observed by chanting prayers, fasting and meditating.

What is Holi festival?

Holi is considered as one of the most celebrated and loved festivals in Nepal by people of all ages. It is known as the festival of colors.

Holi symbolizes the triumph of good over the evil demoness “Holika”. A lot of vibrant colors are used in this day that also symbolizes happiness and vibrancy.

How is Holi festival celebrated?

Government holidays in regions are given accordingly. On the day of Holi, people play with different colors and waters with their families and friends. Children especially enjoy this day as they get to play with water balloons. People exchange sweets and tasty foods with their neighbors, family members, and friends.

What is Bisket Jatra festival?

Bisket Jatra is a week long festival celebrated on the solar Nava Barsha (New Year). It is considered as the only festival in Nepal that doesn’t follow the lunar calendar. It is celebrated in the Bhaktapur district of Kathmandu Valley.

How is Bisket Jatra festival celebrated?

Bisket Jatra commences after a special ritual in Bhairab temple in Bhaktapur. People from Bhaktapur, Kathmandu and neighboring districts come around the durbar square of Bhaktapur to see the chariots of Bhairab and Bhadrakali. The chariots are paused for some time to allow a tug of war between the eastern and western sides of the town and then move down a steep road which leads to a river.

What is Buddha Jayanti festival?

It celebrated on the full moon day in the month of Baishakh. Buddhists, as well as Hindu pilgrims, celebrate this day as an important occasion as Buddha is also considered as the incarnation of Lord Vishnu.

How is Buddha Jayanti festival celebrated?

This day is celebrated in almost all parts of the country. However, inside Kathmandu valley, two great stupas Swayambhunath and Boudhanath are famous as Buddhist places.

Roads are paraded and prayers are chanted by monks in Buddhist monasteries and shrines. People gather around these places and are expected to chant mantras/prayers and donate food and money to the needy. Locals decorate their houses with lanterns and candles.

Over 80% of Nepali people depend on Agriculture for their livelihood. The Ropain (plantation) Festival takes place on the Asar 15 (Nepali Calendar) each year celebratinng the starting of the crop planting season.

How is Ropain festival Celebrated?

Farmers from all over the country head to their fields full of positive energy and outlook for the new plantation season. Ropain Festival is celebrated by planting rice, singing, dancing and playing in the mud.

What is Gai Jatra festival?

Gai Jatra is the festival celebrated in the Kathmandu Valley to remember the loved ones and to ease the pain due to the loss of their loved ones.

The word ‘Gai’ means cow in English. As a part of the family members of the lost ones, most people send their children to parade on the roads dressed as a cow or other Gods and Godesses.

Gai Jatra festival is celebrated by the everyone as a happy occasion to relive the positive memories.

How is Gai Jatra festival celebrated?

In the early morning, people give bath to the cows. Cows are decorated with garlands and red tika.

However, if cows are not available, the children who are supposed to walk the parade and dress as a cow are decorated in a weird funny way. Then, the cows and the children walk around the temples and sacred places.

During the parade, people will offer food, drinks and sometimes cash to the cows and cow-like boys. Cultural music and dances are a crucial part of the festival.

What is Janai Purnima festival?

Janai Purnima is a traditional Hindu festival where the men renew their Janai (Sacred thread worn by men) and the priest provides sacred thread to everyone. Janai Purnima takes place in a full-moon day.

Moreover, Lord Shiva is also worshipped by all devotees on this day especially in Kathmandu.

How is Janai Purnima festival Celebrated?

Janai Purnima festival is celebrated by having the priest come over people’s houses. The priest brings fresh and new “Janai”. A Janai is a sacred thred worn by Hindu men in Nepal after their coming of age ceremony as a symbol of purity.

The priest then puts sacred thread on the wrist of all members of the family.

Special soup made of Kuwati (a mix of 9 different beans) are made. Moreover, families cook delicious meals with mutton and chicken to celebrate Janai Purnima. Older family members invite younger family members to their house for lunch on this day.

What is Teej festival?

Teej is a special occasion celebrated by women all over Nepal for three days. It is an important festival for married women as they get a special invitation to visit their maternal home and feast.

How is Teej festival celebrated?

After a long feast known as Dar, women fast for 24 hours without eating anything. Women especially married women dress up in red and green sarees and pray for the longevity and prosperity of their husbands.

They visit temples, fast and dance in groups. Young and unmarried women do the same thing to pray for an ideal husband. It is always fascinating to see the women of all ages dance and sing for long hours without complaining about heat, hunger or exhaustion.

What is Indra Jatra festival?

It is the most famous and exciting Jatra among the Newar community in the Kathmandu valley. The celebration consists of two events, first being Indra Jatra itself and second is Kumari Jatra.

How is Indra Jatra festival celebrated?

Indra Jatra begins with the erection of a wooden pole of pine in front of the Basantapur Durbar square in Basantapur.

Masked dancers are also known as Lakhey and Pulukishi (White elephant) are accompanied by loud drums and music, dances in the streets of Kathmandu.

At night, there is an act depicting the ten earthly incarnations of Lord Bishnu in front of the Kumari House. Similarly, the large image of Akash Bhairab is put on display in front of the Indrachowk temple.

The chariot is taken to many parts of the valley within three days where thousands of people come to watch and pay homage to the living gods and goddesses.

What is Dashain festival?

Dashain is the biggest Hindu festival in Nepal. Furthermore, it is celebrated all over the country by all Nepalese, irrespective of their religion.

Dashain is the celebration of good prevailing over evil. The goddess Durga is worshipped as a symbol of power during this day. According to the Hindu Mythology, the nine days of Dashain represents constant battle between the good and the evil. On the tenth day, Goddess Durga killed the demon named “Mahisasur”.

Many centuries ago, Dashain used to be celebrated in Spring called – Chaitye Dashain. However many people got sick and the weather was undesirable so it was moved to fall.

The weather during Dashain is almost always the best throughout the year. This is when the mountains are visible from Kathmandu. Most importantly, it is one of the best times to go trekking in Nepal.

How is Dashain festival celebrated?

People return to their homes during this time of the year and celebrate with their families, gathering with friends. Large swings are set up on the empty places. Dashain is celebrated for 15days.

The main day – on the tenth day (Dashami) family members receive Tika (rice, yogurt & red vermillion) on their foreheads with Jamara and receive blessing from their elders.

What is Tihar festival?

Tihar is Nepal’s second most important festival, after Dashain. It is also known as the festival of light. Moreover, Tihar usually takes places within a month after Dashain.

How is Tihar festival celebrated?

Tihar is generally celebrated for 5 days.

Different deities are worshipped in each of the days –

All the houses in the valley are lighted with oil lamps, candles, and colorful lights. There is a saying that the light is a way to guide Godess Lakshmi to bring wealth in the house.

What is Chhath festival?

Chhath Parva is an auspicious occasion among the Madhesi community of Nepal. It is equivalent to Hindu Dashain for the Madhesi in south-eastern Nepal.

It attracts thousands of pilgrims to the holy town of Janakpur where they all gather to take ritual baths in rivers and ponds. The main goal of the festival is said to achieve purity – both physically and spiritually.

How is it Chhath festival celebrated?

Devotees celebrate this day by offering holy water, fruits, coconut, and sacred threads. Observing fast & cleaning activities in houses are also common during the festival. After they finish worshipping the sun god in the evening, the women break the fast.

Related Posts -
How much to tip my guide and porter in Nepal? 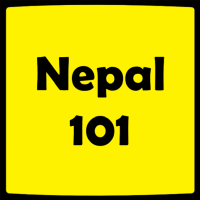 Nepal101 is your specialist for adventures in Nepal. We provide amazing trekking trips to the Annapurna, Everest and Langtang Region, and specialized city tours in Kathmandu, Pokhara and Chitwan.

This site uses Akismet to reduce spam. Learn how your comment data is processed.

Please confirm deletion. There is no undo!